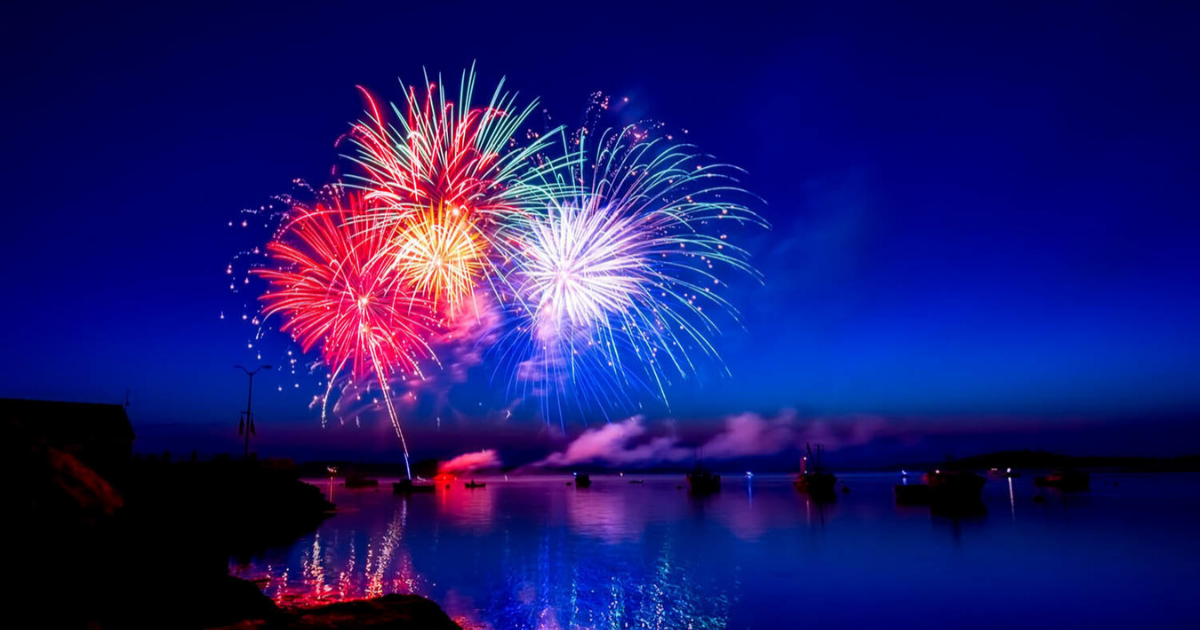 As the clock starts to wind down on 2017, we at The Jed Mahonis Group wanted to take a crack at what mobile technology will look like in the coming year. Here's what we think you will see in 2018:

Not interested in reading this? Check out our new podcast, Constant Variables! We go into greater detail on each of these topics and explore how each of these areas will impact your life.

Where we're at in 2017: Artificial intelligence is still a long way away from Skynet. A computer's ability to "learn" is nowhere near the ability of a human.

However, we are seeing some significant strides in the technologies which enable machine learning. Tensorflow, for example, is a great tool for folks who want to build a neural network of their own without needing a PhD in linear algebra. Software like Tensorflow allows developers to make use of this technology in their own apps in order to do amazing things.

What to look for in 2018: In 2018, you can expect more apps take advantage of tools like Tensorflow and Apple's Core ML in order to make better predictions for you. You'll also see machine learning applied to tasks which were previously only able to be done by humans; for example, news sites will start to use computer-generated articles.

Where we're at in 2017: 5 years ago, the idea of building an app which points at a bird and identifies which bird it is was preposterous (see this XKCD comic for proof).

Now, thanks to advances in machine learning (see above), that kind of app is not so preposterous anymore. Computers are still not as good as humans at identifying specific objects in a photo, but considering the technology it takes to do this, their accuracy percentage is shockingly high.

Where we're at in 2017: Now that the public is familiar with on-demand service apps (such as Lyft, Uber, and Postmates), the market for on-demand apps is here to stay. The obvious business models, like ride-sharing and food delivery, are already saturated and filled with incumbents. However, on-demand platforms which focus on providing niche services are ripe for the taking.

What to look for in 2018: 2018 will see the on-demand business model deployed in new markets. Companies like Kwikly, who do on-demand staffing for dental agencies, will emerge and disrupt industries who are not quick to adapt this technology.

Where we're at in 2017: While shopping for Christmas lights this year, I noticed that Google is advertising the ability to turn those lights on and off just by talking to your Google Home.

Thanks to the ubiquity of those always-listening cylinders from Amazon and Google (among others), we've reached the point with IoT that our parents can set up auto-on light switches to control their Christmas trees. We're also seeing more and more "dumb" devices become smart with the addition of Wi-Fi.

What to look for in 2018: The proliferation of the Amazon Echo and Google Home in consumer homes will only add fuel to the IoT fire. We believe hardware like the Wemo Switch will become more ubiquitous as non-geeks start to see the value in having their home connected.

Beyond that, though, it will be interesting to see how the more advanced applications start to develop this year. It's certainly cool to have Alexa turn on your Christmas tree, but what about a more complex situation? Let's say that once you get within a half mile of your house, you want the following things to happen:

There are certainly ways to make this happen right now (e.g. IFTTT), but will most normal people be interested in getting all of this set up? There will be an opportunity for IoT platform vendors (like Google Assistant and Apple HomeKit) to grow in this space.

Also, how soon will people upgrade their devices to take advantage of IoT-related features? Besides their smart phone, most folks don't upgrade their appliances very often. As long as device manufacturers are connecting their devices to the internet now (and continue to support them for the long haul), the growth of IoT will not slow any time soon.

Where we're at in 2017: AR received a huge push forward thanks to Apple's release of iOS 11, which featured a new framework called ARKit. This set of developer tools enables app developers to incorporate AR into their app easier than ever before. Google, for their part, also released ARCore this past summer.

This support from Apple and Google, however, is only the beginning. Currently, ARKit and ARCore only support augmented reality in the horizontal plane (in other words, it only works well by keying off of the ground, not the wall). Triggering off of a point in a 3D-space is still somewhat challenging, particularly a plain piece of drywall.

Despite this limitation, 2017 delivered a ton of cool apps which take advantage of augmented reality. For years, we've heard requests to build apps which let you see how furniture would look in your room, and now, you can find dozens of those apps with a quick search in the App Store.

What to look for in 2018: Vertical plane detection is still a challenge that will take engineers a longer time to solve. The "easy fix" is to incorporate a depth sensor into the back of the device. This would allow developers to know how far away you are from a wall, which would make the calculations easier to know where to put a dancing tiger or a brand new sofa.

As soon as that feature is cracked and simple for all developers to incorporate, AR will be everywhere. Until that time, I believe AR in 2018 will remain a novelty instead of a must-have component to an app.

Where we're at in 2017: 2017 continued to reinforce out this oft-quoted tome: "There are two kinds of people: those who think VR will change the world, and those who haven’t tried VR." (If someone can tell me who originally said this, please tweet me!)

VR is growing more popular as a gaming platform. Because the technology requires a lot of processing power, we're still in early days for truly jaw-dropping VR experiences when it comes to gaming.

For movies and other pre-produced content, VR enables a very immersive experience that is truly something you need to experience to understand. Companies like Disney are coming out with apps which let you interact with other people in VR, which some consider to be where the future of social lies.

What to look for in 2018: VR technology isn't as ubiquitous as, say, the Amazon Echo quite yet. Because VR requires additional hardware (as opposed to augmented reality, which only requires your phone), I don't believe 2018 is going to be the year of VR.

That being said, as the technology improves, we'll continue to see the development of more incredible movies and games. If we were talking in terms of American football, I would say that 2018 is a building year for virtual reality.

Where we're at in 2017: As if it wasn't already something on everyone's mind, security became vastly more important in 2017 as a result of the Equifax breach. Virtually every single person with credit in the country now needs to monitor their credit report like a hawk.

When we started our company 6 years ago, our customers would raise concerns about security every so often. Now, when we sit down with a new client, it's among the first questions asked. Nobody wants to be the next Target, Home Depot, or Equifax. Knowing how data gets transmitted securely to and from a server, and then how that data is securely stored, is table stakes for playing in the mobile app game.

What to look for in 2018: We've said it before, but issues like privacy and security are only going to grow in importance in the coming year. Security is never fool-proof, but as app developers, it is our responsibility to take industry standards and implement the most secure platforms that we can in order to protect both our customers and their customers as well.

Where we're at in 2017: The Society of Automotive Engineers developed a classification system for the different types of self-driving cars, which looks like this:

What to look for in 2018: We are a long way from a Level 5 autonomous vehicle. In 2018, you should see more vehicles with Level 2 autonomy, as well as more vehicles which are Level 3 autonomous in specific circumstances (like freeway driving in the city).

It may surprise you to know the area we think will see improvement in 2018 is around regulation. Lawmakers and policy creators are going to grapple with the challenges related to liability and safety.

Where we're at in 2017: CommitStrip, a developer-focused cartoon, recently posted this cartoon which we believe sums up the last few years of cryptocurrency.

Cryptocurrency, in all of its forms (including Bitcoin), is here to stay. Bitcoin is worth more than $11,000 per coin, and ICOs are raising huge amounts of money. Even Burger King launched its own cryptocurrency.

That being said, cryptocurrency is still volatile. When Bitcoin hit $11,000 per coin, it dropped down to $9,000 a few hours later. When it comes to predicting where the currency will settle, your guess is as good as ours.

What to look for in 2018: If there is one thing to take away from cryptocurrency, it is the underlying technology called blockchain. In 2018, more apps will incorporate blockchain to ensure the validity of their contracts.

Where we're at in 2017: Watches and fitness trackers are everywhere. What was once a nerds-only type of technology is now fashionable and chic, and it seems as though everybody owns a Fitbit or Apple Watch these days.

2017 showed a steady progress towards an era where we can more efficiently track changes to health biomarkers (like heart rate and blood pressure). For example, a diabetic can now wear a pump which connects to their phone, allowing for a real-time, big picture view of their blood sugar history.

What to look for in 2018: As more unique forms of sensors continue to shrink in size, we'll start seeing those sensors incorporated into our wearables. This will allow us to collect unique data points and get a larger view of our overall health.

Machine learning will help with understanding all of that data by identifying trends and notifying users of potential issues. We think people will be given more opportunity in 2018 to contribute their health data for larger studies like the Apple partnership with Stanford to identify people who have irregular heart rhythms.

2018 will be another exciting year in tech, and we are thrilled to be a part of the movement. If you are looking to build a product which takes advantage of these technologies, get in touch with us today and let's build the future together!