How to Use Review Prompts to Improve Your App's Rating 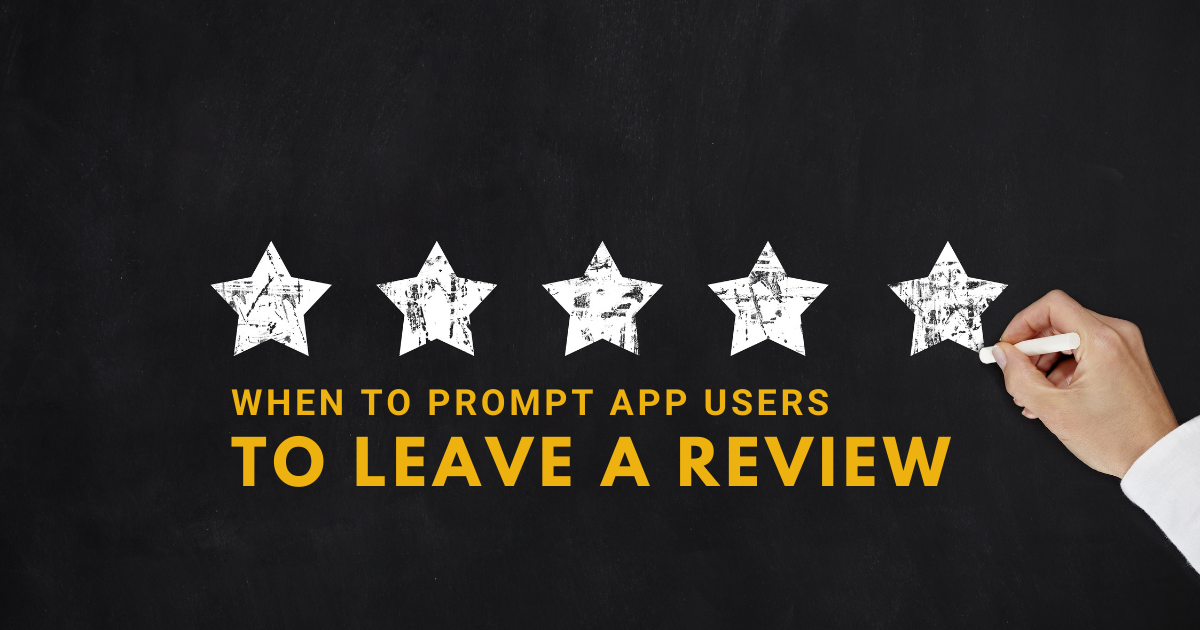 You have an app in the App Store and Google Play Store that’s being downloaded and used on a consistent basis.

But users aren’t reviewing it in either store, and if they are, the reviews are often negative.

Your first instinct may be to think something is wrong with your app: the UI is confusing, the review prompt has a bug, the load speed is slow.

What is an app developer to do?

Try asking for a rating

Just like no one fills out a survey at a restaurant unless food was cold or service was poor, fans of your app aren’t going to the App Store on their own time to search for your app and leave a glowing review.

If you aren’t asking for a rating yet, the problem is actually pretty simple to solve: just ask!

Take the Great Clips app, for example. When we first started working on it, it had no review prompt, and it’s rating was around 2.8. When they came to us asking for a prompt that would encourage people to leave a review, we built the prompt to show up to a user after a successful haircut check-in.

We released an updated app and within 48 hours, they received thousands of reviews and their rating jumped to 4.8.

If you are asking, find a better time to ask

Green Mill already had a review prompt in place, and yet their average rating was around 2.1.

We moved the review prompt to only trigger once a user had successfully completed two orders within the app. As a result, their rating improved dramatically to 4.6.

The key to raising your App Store rating is to ask your users at the right time. When a user has had a successful interaction within the app, they’re more likely to follow the review prompt when asked “Are you having a good experience” and leave positive feedback..

We often see apps who ask users for a review right after the app first launched. This is a terrible idea since your users are unlikely to have formed an opinion. Instead, they are likely to dismiss it so they can get into the app and get on with the task they’re trying to accomplish (or worse, leave a 1 star review because they are irritated).

Instead of popping up the system prompt, show your users a question asking how their experience is.

If they indicate a positive experience, then pop up the review box.

If they indicate a negative experience, you can direct them to your support page to help them resolve the issue or report a bug.

Giving users a chance to resolve a problem outside of the App Store is going to help that user solve their problem in a productive way (and keep those negative reviews at bay).

Supporting an existing app can be equally as challenging as building one from scratch, and review prompts are just one of many things of concern. Our team is here to help any way we can, so whether you have questions about improving your app’s ratings or backlogged maintenance, give us a shout at info@jedmahonisgroup.com.