Should I sign a Non-Disclosure Agreement with my app development company? 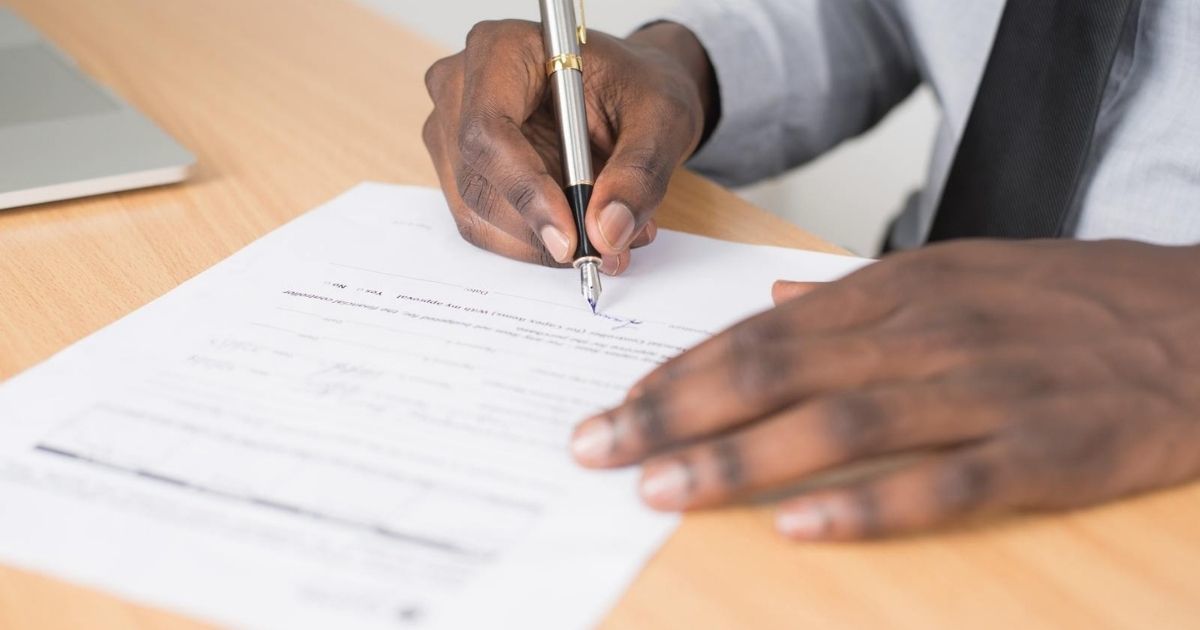 Note: I am an app developer, not a lawyer. The contents of this blog post are not considered legal advice, and you should always seek the counsel of a licensed attorney if you have any questions.

You've got the next billion dollar app idea, and you're looking for a team of developers to make it a reality. However, you've watched The Social Network and are terrified of having your idea stolen from you. What is a budding tech entrepreneur to do?

This is one of the most frequent concerns we hear from potential clients. More often than not, those clients come to us with a thick stack of legal documents, including patent filings, non-compete agreements and non-disclosure agreements (NDAs). It makes perfect sense: as a business owner, you have to do as much as you can to protect yourself from risk.

From our perspective, however, NDAs tend to be a poor substitute for what clients really want: trust.

In this article, I will share our experience with non-disclosure agreements, as well as why you may or may not want to consider executing one.

Why you probably don't need a Non-Disclosure Agreement

Your idea is probably not unique.

If you truly have an idea that could attract millions of users and generate billions of dollars in revenue, the chances are high that at least 5 other teams are already halfway through development on that very same idea. It's amazing how often we hear the same idea pitched to us multiple times from multiple people.

We love to reference David Smith's Four Quadrants of Ideas concept. Read that post and determine if you truly have an idea that is easy to execute and would yield a high reward. Even if you do, realize that you likely aren't the only one attacking that target.

Developers don't have time for their own projects.

Personally, I have three app ideas in which I would love to invest my time and energy. However, since I'm running an app consultancy and have a family that I like to occasionally spend time with, I choose to spend my app development time building apps for hire.

I'm not the only one in this boat, and a quick poll of the team here at the Jed Mahonis Group shows that we're all too busy with client work to take on our own projects.

While you may have an "incredibly exciting opportunity" to build a "once in a lifetime" app, the sobering truth is that most developers would rather bring their own idea to life than steal yours.

Ideas are cheap. Execution is the true value.

If you take nothing else away from this blog post, remember this: apps aren't a magical supply of endless money. Apps are just like any other business. You need to be willing to put in hard work (and a fair amount of money) to bring together a team that can execute on your strategy.

We have worked on a handful of apps throughout the years which were great ideas, and we turned those ideas into really cool apps. However, once the app was built, there was no strategy for bringing in revenue around that app. Ultimately, those apps ended up going nowhere.

The execution of the idea is really where the value of an app comes in. As we mentioned above, if you have a truly great idea for an app, you will likely be butting heads against several strong competitors. It's more important to invest time in determining the correct market fit for your app than it is to protect the idea of the app itself.

We are an app development consultancy. Our financial strategy is to make money by building products for customers, and we can't attract new customers if the word on the street about us is negative.

Our reputation is something we fiercely protect, and we can't afford to ruin it by taking someone else's idea and edging them out.

An NDA is a pain to execute.

Once you have a signed non-disclosure agreement, you still are responsible for enforcing it if the developer violates it.

This isn't an easy or cheap process by any means. First of all, you'll be responsible for mounting a legal defense. If you are suing a company that has deeper pockets than you do, they could string you along until your coffers are all dried up.

In addition to the legal costs of executing the NDA, you still have to prove that the developers actually violated your contract. Because developers hear the same ideas all the time from different people, it could be very hard for you to prove that your idea was actually the one they used to create the app.

An NDA is a poor substitute for trust.

At the end of the day, any good partnership requires a level of trust. You have to build this trust over time; it's not something that you can legally bestow onto someone.

Most people who approach us with "the next great idea" and require us to sign a 10 page non-compete/non-disclosure tend to be less-than-stellar clients in the end. This isn't because they're bad people or even acting in a nonsensical way; they just have no experience in how difficult it is to actually develop an app.

It's like finding your spouse: you probably wouldn't be attracted to a person who insists on signing a prenuptial agreement on the first date. You can learn a lot about a person by grabbing a cup of coffee and having a 10 minute conversation. Same goes for an app developer; you can share enough of your idea in a 5 minute phone call to gauge their interest and see if your idea is even feasible.

So you're saying I should never sign a non-disclosure agreement?

Like any other tool, a properly executed non-disclosure agreement can be incredibly useful when wielded in the right context. Here are a few examples of when we would sign an NDA:

When we are exchanging confidential information (duh).

When we start to get into the realm of exchanging this information:

We get an NDA written up.

When we are given information that is a trade secret.

I don't know the exact number of people who know the actual formula to create Coca-Cola, but I would imagine those people have signed incredibly complex NDAs at some point in their career.

When you start to give us proprietary information about your company or products, it might be a good time to bring out the NDA.

When a client comes with strategies around their app idea.

The average person who approaches us with an app idea and an NDA usually doesn't have much more than the idea for the app.

However, the average person who becomes a client of the Jed Mahonis Group typically has a well-crafted business plan, a slide deck and a strategy to build the app into a business. If a business approaches us with a complete plan in place for development, we might sign a non-disclosure at that time.

When the other party absolutely insists on it.

Although we like to consider ourselves a multinational corporation, we're hardly the biggest player in town. When we work with larger companies with bigger legal departments than ours, we have to play ball and sign their NDA.

However, when we do, it's almost always because they're giving us information listed above. In addition, we make sure our legal team reviews the agreements before signing. Like any other contract, most companies are up for negotiating on small terms (such as striking non-compete agreements and lowering the length of the term).

What does a good NDA contain?

Technology moves fast. Two years ago, the iPad didn't have split screen capabilities, the Apple Watch didn't exist, and we had no idea Apple would make a phablet.

Chances are within two years, your app idea will be either created by ten different developers or made obsolete by advances in hardware.

We do not sign non-disclosures with potential clients without a term limit in place. The average we see is two years, but we've seem them range from a year to five years. It really comes down to what both parties are comfortable with.

At the end of the day, an NDA is intended to provide peace of mind to the disclosing party. In a good working relationship, both sides of the table have the potential to be that disclosing party.

If you are signing a non-disclosure agreement with an app company, be sure that the terms are mutual. It's a goodwill gesture that sets up the business relationship with a level of mutual respect and protection.

A clear definition of what information is confidential.

Not everything you discuss with your development team is confidential. Provide a list of topics which you consider to be confidential so everyone clearly knows which information needs to remain confidential.

What would happen if the confidentiality is breached.

Usually, your legal team will cover you in this area, but one thing I've learned in business is that the beginning of a relationship is the best time to talk about worst-case scenarios. What happens if there's a security breach on your team's network? What happens if a developer intentionally leaks information?

At the end of the day, we're in business to make useful apps for awesome organizations. While an NDA can be a powerful tool, we do not sign non-disclosure agreements until we've met with the client at least once to ensure we are a good fit for your software development needs.

What is your experience with non-disclosure agreements? Are you nodding your head in agreement with me, or are you a firm believer in having an NDA before you talk? I'd love to hear your thoughts!