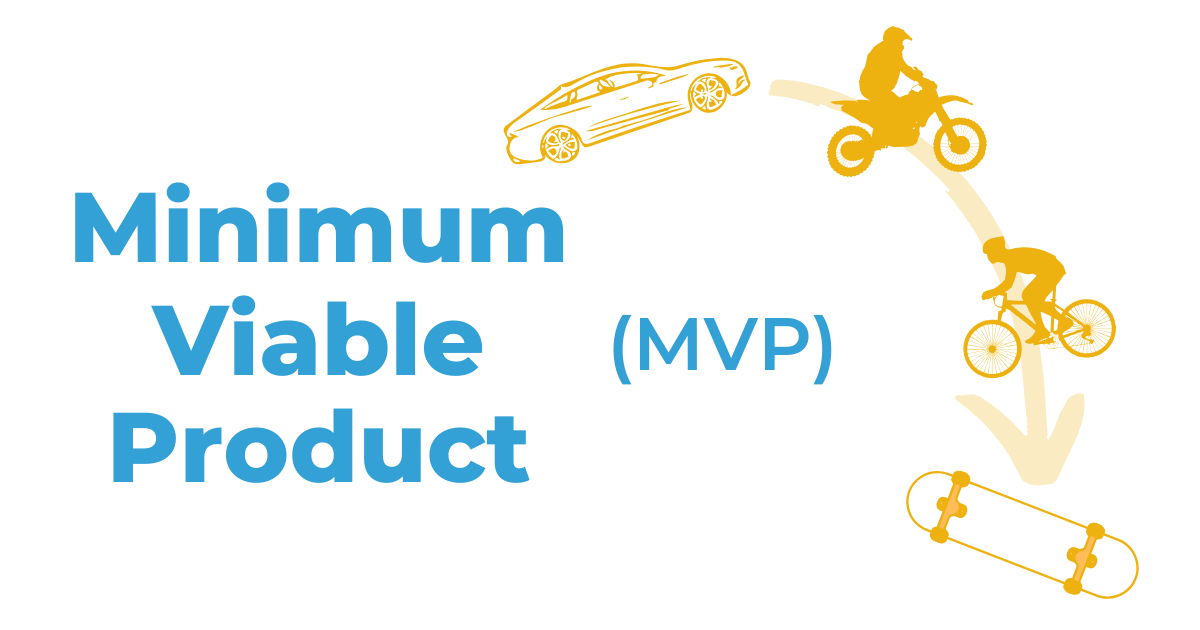 Apps continue to be developed at alarming rates. If you combine the iOS and Android app stores, nearly 7,500 apps are released every day.

It can be hard to compete in this crowded industry and easy to feel overwhelmed by the competition. However, many apps in the marketplace didn’t launch as the version they are today; they were often stripped of bells and whistles and focused on core functionality and essential features. This simplistic version is called an MVP.

What is an MVP?

A Minimum Viable Product (MVP) is an app you can ship to your customers with enough features to get the point across and collect their feedback for future improvements. The first release of your app may not need to be feature-rich or be developed for both Android and iOS platforms initially.

Instead of waiting to release your app in its flashiest form (and spending a lot of money in the process), releasing your app with basic, yet core, functionality can provide you a fantastic base. The thought is to then take that base and let your users dictate what gets built next.

We’ll get to the pros and cons of approaching app development with the MVP model, but first, let’s scale down a popular app to illustrate the MVP approach.

Instagram is our go-to example to explain MVP. The version of their app that first went live was much simpler than today’s app. 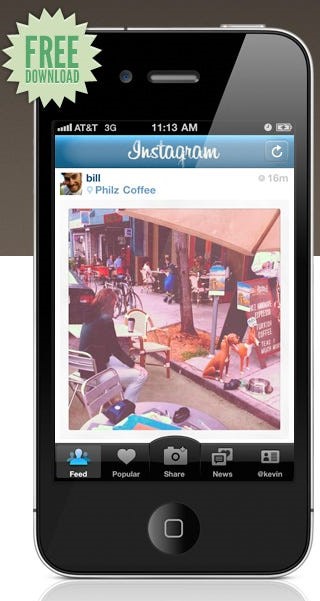 A big part of the MVP process is pivoting and reacting to what your customers are telling you. Before Instagram launched, its founders envisioned it as a location check-in app to rival Foursquare, but they found that users were more interested in sharing photos.

When Instagram launched in 2010, it wasn’t nearly as feature-rich as it is today with stories, direct messaging, videos, and highlights. In its MVP form, Instagram simply allowed users to upload a photo, apply a filter, and share it with their friends.

An MVP isn’t solely about an app’s feature list but also its platform. Instagram was only available on iOS when it first launched and didn’t release an Android version until nearly 2 years later. To this day, Instagram isn’t even optimized for iPads because they’re focused on the mobile experience of iPhone and Android.

To learn what the MVP would look like for common apps across all app categories, listen to a podcast episode on this topic where Tim and Jenny discuss Tinder, Dropbox, AirBnB, and more.

As mentioned before, the MVP approach to mobile app development provides lots of advantages to build from.

Advantages of releasing an MVP:

If you’re building out less infrastructure in your app, there’s less to test, less to develop, less to support. You get the core concept of your idea out the door much faster.

You don’t have to frontload a bunch of money and take a risk on development.

Instead of a “Moses on Mount Sinai” moment with a list of 10 Commandments for your app, development will be driven by user feedback. Maybe you have 20 years of experience in your industry and know what users want. But what baby boomers want may be different from what millenials wants. Taking an MVP to market allows you to validate your product and implement user feedback strategically.

With an MVP, you can test your app with a smaller group of people to work out any bugs before releasing it to a mass audience.

App development isn’t cheap. An MVP allows you to shorten the feedback cycle and see how much value the app has before investing in additional features.

This isn’t to say that MVPs are flawless and without criticism. There are cases where you might not want to go the MVP route.

If you’re in a fresh industry and pioneering an idea, a competitor could take notice of your MVP and build out a beefier version faster than you can scale.

There’s millions of apps in the marketplace, so you may not be able to do a minimally viable product if there’s already somebody so far ahead of you that you have to catch up to. If the bar is already set pretty high, you have to build a lot of infrastructure just to get to where the competition is and then start iterating on top of that.

If your app doesn’t have enough core features, you risk customers jumping ship to another app. This is true at any point in an app’s life cycle but especially a concern if you release a lightweight MVP and are unable to iterate fast enough to keep up with customers’ requests.

Developing an MVP is a common approach to building an app from scratch. Its advantages tend to outweigh potential criticisms as it allows you to spend money to develop the app in a way that’s going to get it out the door as fast as possible, provide value to your customers, and hopefully provide a return on your investment right out of the gate.